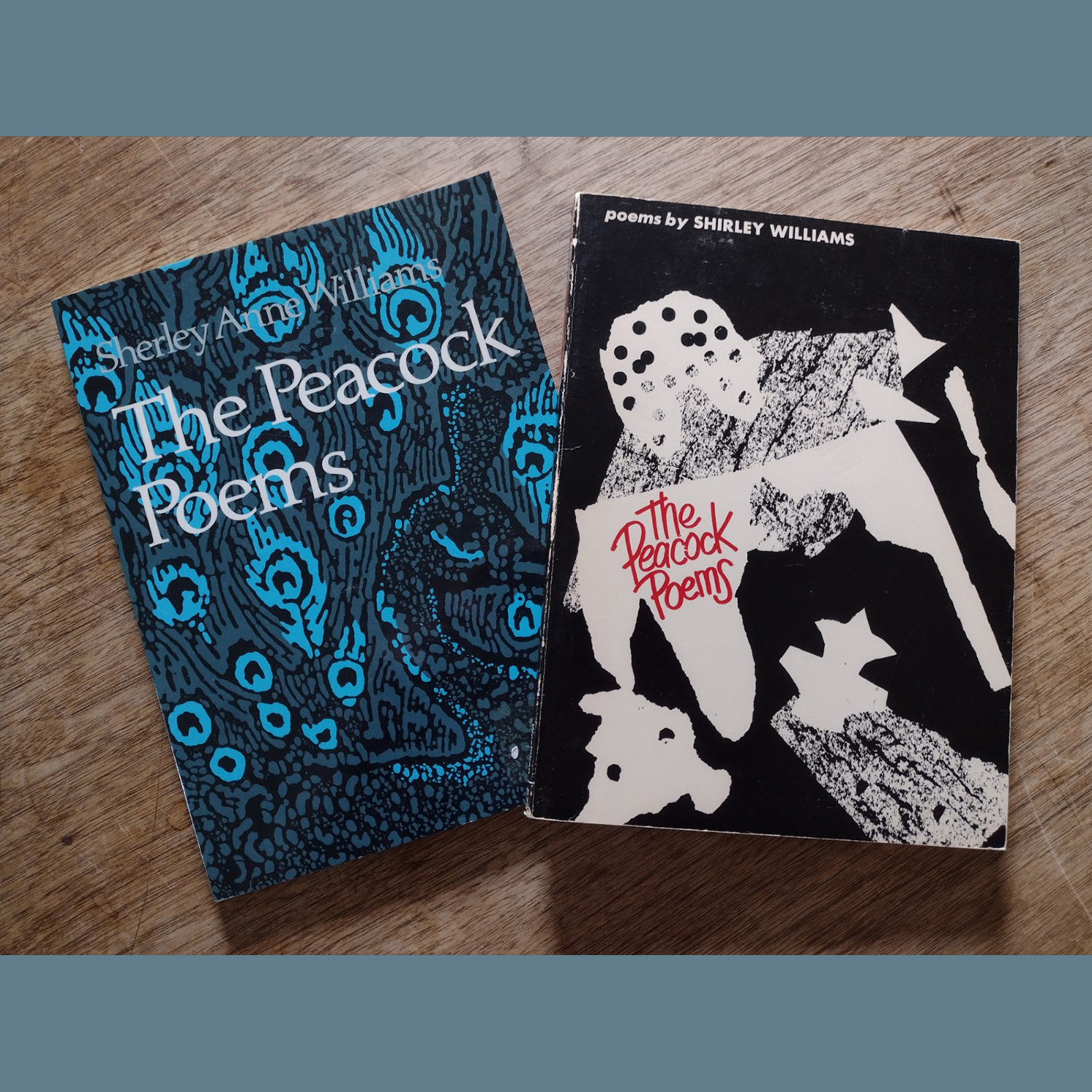 As we commemorate Juneteenth, we want to draw attention to the late Sherley Anne Williams (1944–1999). Williams was a multi-talented Black American woman—a poet, novelist, and playwright, as well as a professor, vocalist, and social critic. Her work captured many facets of the African American experience with candor and musicality—in particular, the experiences of Black women. Wesleyan published Williams’s first book of poetry, The Peacock Poems , in 1975. The first edition was contracted by Williams and Wesleyan using the spelling “Shirley Williams.” In all later editions, the cover was replaced with a new design and the author’s name appeared as “Sherley Anne Williams.” All of her later work was published under the name “Sherley Anne Williams.”

The Peacock Poems was a finalist for both a Pulitzer Prize and a National Book Award. Her second poetry collection, Some One Sweet Angel Chile (1982) was also a finalist for a National Book Award. Her novel Dessa Rose (1986) was incredibly influential in American literature and was a finalist for a Pulitzer Prize. It received praise from The New York Times, was translated into several languages, and was adapted into a musical in that premiered in 2005. Dessa Rose was also excerpted in the anthology Daughters of Africa, edited by Margaret Busby.

In recognition of Juneteenth, we are remembering Sherley Anne Williams’s poem sequence, “JUNETEENTH: The Bicentennial Poem ” (The Black Scholar, 1977). Juneteenth, also known as Emancipation Day, Juneteenth Independence Day, or Jubilee Day, celebrates the emancipation of enslaved black Americans. Enslaved communities did not learn of their freedom simultaneously, due to the slow communications of the day. Juneteenth was first celebrated by formerly enslaved people, in Galveston, Texas, on June 19, 1866—to commemorate the one year anniversary of their emancipation. The date was adopted by communities around the United States, and today it is a federal holiday.

In her sequence of poems, “JUNETEENTH,” Williams dedicates individual poems to her some of her fellow activist-poet-scholars, such as Inés Talamantez, Marvin El Muhajir, and Sterling A. Brown. Below is an excerpt from “JUNETEENTH.”

The freeway is a river
of light rounding the base of
Mt. Soledad, its distant
drone a part of the night. I’ve
watched in the darkness as the
river dimmed to the fitful
passing of solitary
cars and heard the coyotes
in the canyon crying their
survival to the strange land.

I booted up one day, walked
out across the mesa that
fronts along my place till the
land was a shallow cup around
me and the houses were lost
in the distance on its
rim. The plants were the only
life I saw—muted greens dry
brown bursts of loud purple and
lighter blues, brilliant in the
spring light; something rustled the
undergrowth; a jet murmured
in the softly clabbered sky.

The Indian dead are here
buried beneath Spanish place
names and the cities of the
pioneers and the droning
silence is witness to what
each has claimed, what each owned.
My father’s grave is here some
where his tale lost like that jet
in clabber his children
scattered along the river
voices singing to the night.

This excerpt from “JUNETEENTH: The Bicentennial Poem” by Sherley Anne Williams from The Black Scholar (March 1977) is reprinted by permission of Taylor & Francis Ltd, http://www.tandfonline.com.